This is a first in a 3-part series on the experimental features we are attempting in Race the Sun. More info on the game can be found here on Flippfly.com and on our Steam Greenlight page.

Every experiment brings with it the very real possibility of failure. For us, that risk is compounded by the fact that we are a 2-man team with no outside funding, no publisher, no advertising budget, and families who depend on our income. Some would ask why we don’t make something in a popular genre with tried-and-true results, and get a little cash in the bank before trying something new.  The answer: That’s not who we are!

We started this little company on the foundational principle of creating things that are new – and that’s what we intend to do. For us, creating just another “(insert genre here) with different graphics” would be an exercise in futility. The world already has enough of the same old thing and we didn’t quit our jobs to add to a glut of uninspired rip-offs. For our first game (Race the Sun) we have tried to re-imagine how the game would be played at each stage of development. In this post I want to explain our experimental multiplayer system.

Race the Sun sits on the edges of at-least two different genres – endless runner and racing games. The common implementation of multiplayer in racing games is of-course head-to-head (real-time or ghost) racing. This can be a lot of fun, but head-to-head racing means almost nothing in a world where you don’t control the gas pedal. On the other-hand, all the examples of social play in the runner genre lacked the high-energy fun that multiplayer should be about. So after several intense brainstorming sessions we came up with an asynchronous, cross-platform team-relay. Here’s how it works:

When you complete a single-player run (meaning you die) you are presented with your stats, and a “Share” button. 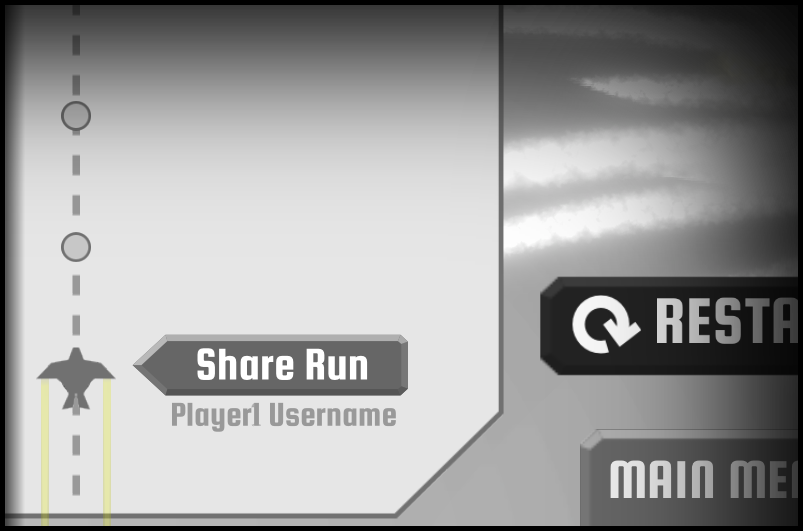 If you hit the share button you are given the opportunity to start a relay. This option is always available to logged-in users – there is no server hosting or waiting for a match to become available. You just hit “Share” and the game can begin. The actual sharing mechanism is based on the most cross-platform thing we could find, an http hyperlink. This hyperlink can be shared anywhere, and offers the possibility of private play (as in e-mail) or public invites (as in Twitter). Any player following the hyperlink will go to the Race the Sun share page: 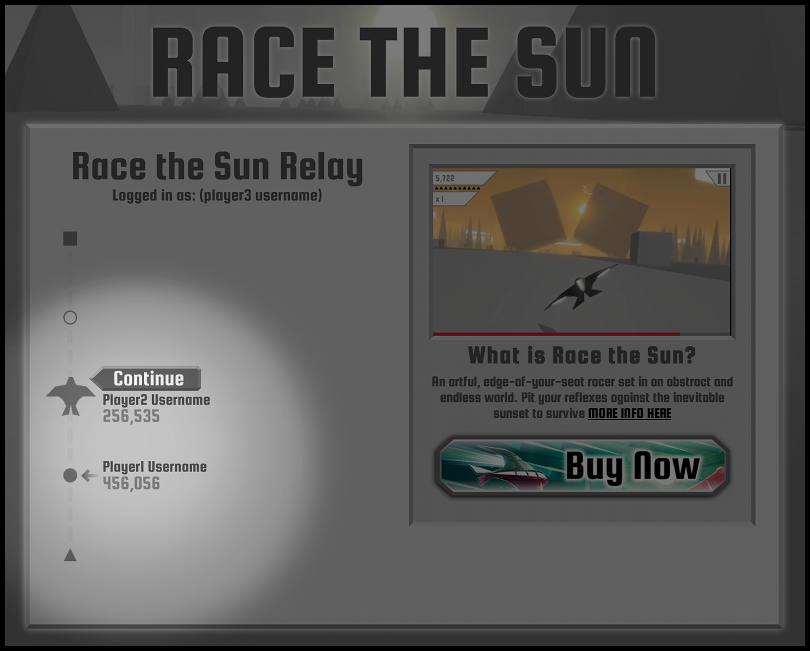 In this example, the first two runs of a four-stage relay have been completed. Hitting “Continue” will launch the game and let a player complete the next stage of the relay – and this is where things get interesting. The world of Race the Sun is divided into regions. Each region gets progressively faster, and more dense with obstacles and traps.

Each successive player will start their run from the highest region cleared by the previous player. That means things will be increasingly intense for players completing runs two through four. When the fourth stage of the relay is complete, the combined score of all the runs will be submitted to a special team leader-board. 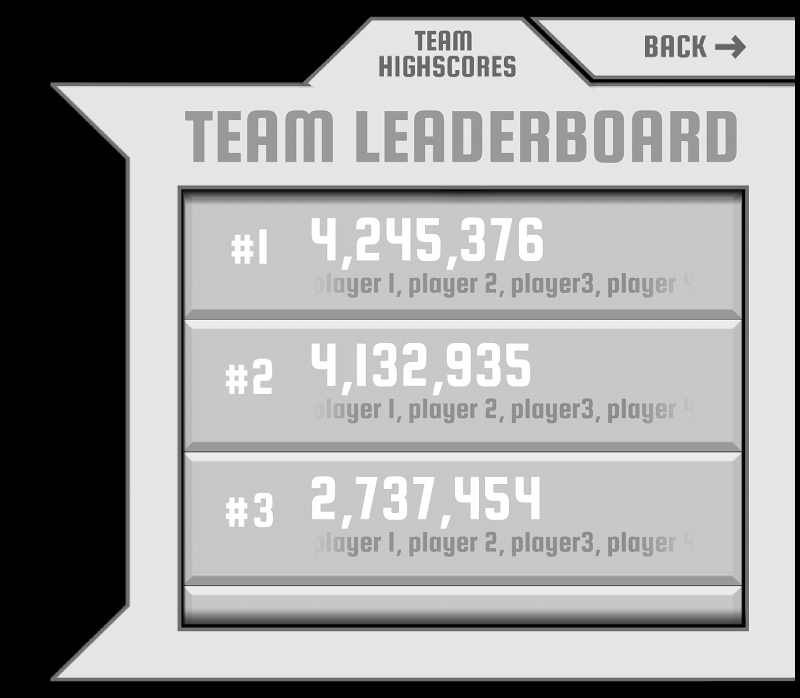 In this way teams of two to four players can compete with other teams in an in asynchronous system that allows players to race on their time and on their platform (Mac, PC, Linux, at launch). We don’t honestly know if this will be a hit with our players or not – that’s why we call it an experiment. What we do know is that it will be an experience that can’t be had anywhere else – and that is precisely our goal.

Multiplayer relay is available to our players with beta access as of today. The latest build (0.40) can be downloaded from flippfly.com/my-account.