When Valve announced Steam Greenlight as a way for game developers to get on Steam (One of the largest PC game markets in the world) we were pumped. Instead of having to go through a publisher (or know some industry black magic) we could present our game right on the platform. Race the Sun was in early alpha at the time, but we were encouraged to publish concepts and early footage of the game to start building an audience. We put together and published Greenlight just as the service launched.

Instead of a rush of interest and exposure for unfinished projects, many gamers rushed to down-vote anything that didn’t seem to meet their standards. Our game was (admittedly) not ready for prime-time and we got hit hard. Since that time we’ve been working our brains off to make Race the Sun the best possible game it can be – the game we’ve always seen in our minds. Everything from the worlds, to the multiplayer, to the world-creation tools have been taken to the next level. We’ve even had a successful 20k Kickstarter with over 1100 backers.

The problem is that the needle isn’t moving on Greenlight. It’s like everybody saw our early alpha footage and then we got buried under a pile of other games. The fact is we are a small company and we don’t have a lot of money to advertise our Greenlight page. Our time is also limited as we really want to focus on making a great game. We are committed to somehow cracking the Greenlight nut, and we will continue to pound the pavement talking about this game. We are reaching out to YouTube reviewers and contacting every website and blog that we can, but we can only do so much.

Through our Kickstarter experience we’ve seen how people can band together to make amazing things happen. We believe it can happen again, so we are turning to the only resource we really have – our awesome friends. We are asking for help in spreading the word about our Greenlight page. Every Favorite, Follow, Share, Tweet and Post matters! 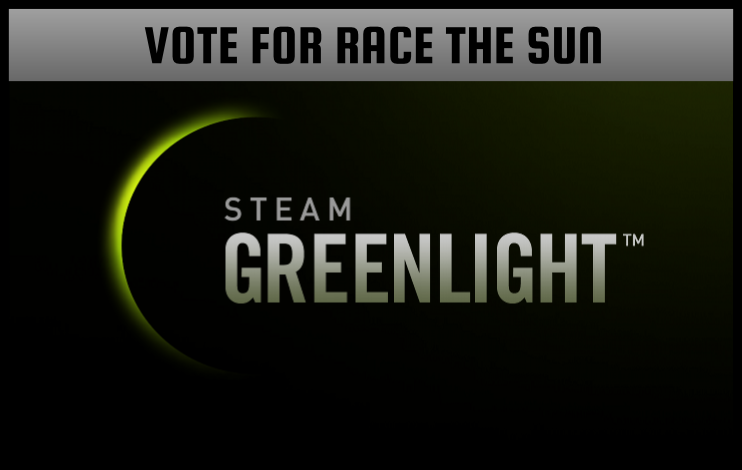