Hey all – you may have noticed that we didn’t do a week 9 update last weekend. We did actually make progress on the game, but I was busy with Ludum Dare#24, which is a 48 hour game-making competition. If you’d like to see the fruits of that effort, check it out here.

Greenlight, and a new look.

This week, Steam opened up the floodgates with their new Greenlight system. How this works, in a nutshell:  A developer creates a page for a game, and the Steam community at large can vote for (or against) any given game, based on the information on the developer page. If a game gets enough positive votes from the community, Valve will take a look at it and consider it for sale on the Steam platform.

So yesterday, we rushed to get a page setup for Race The Sun, in hopes of getting a bit more visibility on the project and building up a bit more of a following.Upvotes are appreciated! We soon discovered just how jaded and demanding this Steam group is! At the moment, we have more negative ratings than positive ones, and most of the comments are negative as well.

This is a little discouraging – but what’s great about this from our perspective , is that it’s a bit more of an objective way of measuring how people will judge this book when they look at its cover – at least in its current form. Steam is a platform we’d love to sell this game on, and we need it to grab people’s attention in a good way, and differentiate ourselves both visually, and with gameplay concept. So far, only about 1.5% of people who land on the Greenlight page follow through to our playable build or “favorite” it, so we know we’ve got some work to do in the area of presentation – and this type of information is great to have!

With that attention-grabbing goal in mind, we decided to try something different with the look today – more of a grayscale 40s style, with the essential gameplay elements popping out with color.
What do you think? 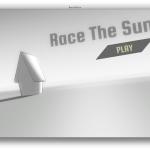 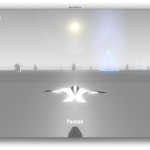 We’ve been talking about the possibility of integrating some form of multiplayer for some time.
This week, we came up with a scheme for social play that we feel is going to be pretty special. We’re not ready to make a full announcement yet, but I can say that this aspect of the game will be asynchronous, synchronous, cooperative, competitive, and probably cross platform 🙂

Additionally, we’ve been talking about the pricing scheme for the game. At the moment, we’re thinking about the possibility of offering a single mode (including multiplayer) as a free-to-play option hosted on our website, and then a full paid option including more modes, player abilities, achievements, etc. We don’t particular like the free-to-play model as it’s implemented in many games – but we feel that the social component will need it to work, and that it’ll be a good fit for the game in general.

Alright, here’s this week’s build! In addition to the new look, there are lots of little misc. changes: Improved controls, more sounds, etc.