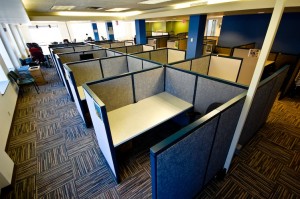 After more than 7 years working at Raven Software on big-budget games (X-Men Origins: Wolverine, Singularity, and most recently Modern Warfare 3,) I decided this April that it was time for a change. I’m now a 50% partner in Flippfly LLC (www.flippfly.com) along with my brother, Forest San Filippo.

The ‘why’ and ‘how’ of this are probably good topics for another article – what I’d like to talk about here is what I gained from my experience in AAA game development, and what I hope to bring to my new life as a full-time indie. Perhaps if I write these lessons down, I won’t forget them!

So with that in mind, I’d like to reflect on 5 major lessons and skills that I’m hoping to bring from my experience in AAA to this new indie life.

In a high-risk studio situation, when there’s a central piece of the game that you’ve got to make shine for a greenlight build, or when you’re finalizing that all-important first level of the game, the tendency is to go to your superstars in your team. There’s always that core group of guys who you know you can trust to deliver; who you know can get the job done better than anyone else. Your team is the most fundamental building block of success.

In indie development, this is even more critical. Every partner is a crucial piece of the puzzle. You simply can’t afford to work with someone unless you know they’ll deliver. In a studio setting, hiring is critically important, but there’s always room for correction. In a small partnership where you’re sometimes creating content now that’ll keep the lights on next month, you usually don’t have this margin of error – if you count on someone who doesn’t pull their weight, your project will likely fail. Make sure you get this right before you do anything else!
I think there are some valuable lessons in the hiring practices of game studios. Interview rigorously, don’t overlook red flags, and make sure the person you’re considering working with is a good fit for your business!

2. My idea is still not all that special

One of the cool things about being independent developer (and one of the reasons I decided to become one) is that you have the freedom to make your own decisions, to take your great idea and drive it to completion. In a AAA studio setting, you’ll often find that many of your ideas simply don’t go anywhere in the grand scheme of things.

This is a good thing.

It means that you’re surrounded by people who have great ideas (that are often better than yours,) and the game is usually better for it. I think what indies have to come to grips with is that while you’re free to do what you want, most of your ideas shouldn’t go into production. You need to be your own idea filter (along with your fellow teammates, if you have a team) and you’ve got to figure out how to be objective about it. I’d love to hear other people’s techniques for filtering these ideas – discuss it in the comments!

I think the other side of this coin is that you probably shouldn’t base your whole career on a single game. It kind of scares me to see how many people are out there who’ve been working on a single game  – for years sometimes – and seem to be putting all their bets on it. If there’s anything I picked up from my studio experience, it’s that you can let go of an idea or even a game that fails, take it as a learning experience, and move on.

3. Diversity of skills really matters, and so does perspective

In a studio setting, you’ll be constantly exposed to nothing but talent all around you. You’ll be amazed at the things your peers from other departments create, and hopefully you’ll be inspired to learn about these other development skills along the way. The best studio developers are the ones who have a wide array of skills that stretch across departments – but who still defer to the absolute expert in any given field when it’s time to actually create shipping content outside of their own expert area. When everyone’s focused on what they’re best at, then you know your people pipeline is mature.

In indie development, generally the expectation is that you’ll wear lots of hats. But I think sometimes there’s a temptation to take on too much – to try and save costs and maintain control by being the artist, the programmer, the sound designer, web designer, the accountant, and the business guy. And sometimes, this works out great.

But – I think it’s important to realize that this diversity of skills in one person is rare. There’s a good reason the revenue for indie games go up so dramatically when you start adding people to the team (see this awesome developer survey where Owen Goss compares revenue to the number of developers in a team: http://www.streamingcolour.com/blog/2011/09/28/results-ios-game-revenue-survey/ )

The bottom line is – if you’re planning to make a living at this, and you’re not awesome at everything – your odds are going to increase dramatically if you pair up with an individual or team who complements your skills.

4. “Is it working?” – usability and focus testing

The good AAA studios do frequent and early testing on their games with a variety of methods. In addition to QA, they recognize the importance of putting products in front of people who represent your potential customers, and making really careful, methodical observations as they play through the game. There are studios who have this down to a science – sometimes they dedicate a person just to usability and focus testing. I’m almost always surprised during consumer focus tests at the things people get tripped up on, or the things they enjoy. Every test is just another affirmation that testing is worthwhile and vital.

I think that the successful indies are good at testing as well. Many people seem to believe the success or failure of iPhone apps seems random – but there’s really a lot to learn from games like Angry Birds and Temple Run.  These developers obviously learned their lessons and did their homework when it comes to what works and what doesn’t. When a 5-year old, a 30-year old, and a 60-year old can all understand and enjoy your game, you’ve done something right. Some of this is great design, and some of it is a great testing/iteration cycle.

Conversely, it’s not hard to find examples of games from individuals or even small studios where thorough usability and focus testing didn’t occur. And it’s (usually) not because the developer is lazy, but rather because they seem to lack appreciation of the importance of testing. In one recent article, I read someone lamenting a conversion rate of just 0.1% in their freemium game. They were analyzing their business decisions and the various options they had for in-app-purchase and talking about what they needed to improve these metrics – but a quick download of the game revealed a product with a broken, confusing UI. Looking at their iTunes page – 3 out of the 5 user reviews complained of not being able to figure out how to actually play.

Bottom line – make a plan for testing that includes more than yourself and your team!

Being in a studio setting taught me a lot about how quality products are finished. I put in my time looking at mundane issues that some QA lead or producer thought was important, and constantly interacted with people who looked at the same product through a totally different lens. Now that I’m working without the benefit of a full-time QA department,  I’m really glad that I had the opportunity to go through this process with lots of shipped titles. At Flippfly, we are doing our own QA, but there is a process in my head for how this works – and I’m not sure I would’ve had a good process for this had I just started out on my own.

In addition, there is a human factor at work here. After I’d shipped a few games, I started to recognize some patterns in my myself that seem to repeat with every project I work on. Usually in the middle of the project, when everything starts to come together, I feel energetic and excited to finish features. Then there’s usually a point where the features are complete, but after staring at the same game for so long, boredom tends to set in, and I start to wonder if people will really like the game. The last months and weeks of the game can range from exciting to excruciating, as you’re eager to finish the game and move on to something else. Being aware that these phases are normal and expected, is great training for the indie life where it’s really up to just the two of us to power through it and get products finished.

In addition to quality QA work and a stick-to-it attitude, a studio setting will get you in the habit of cutting features and making tough decisions quickly. The first time I shipped a game with Raven, I was a little amazed at the sheer amount of content that we cut during  development  just to make the ship date. Each shipped product this became a little less shocking to my system, until I finally came to embrace cutting features as a means of making a focused, quality product. I believe that in the indie world, one of the things that separates the successful developers from the failures, is the ability to look objectively at the project as a whole, hone in on what really matters, and get the darn thing out the door. Spending some time in a studio setting is great training for this.

So there you have it – 5 things I gained from my time in the studio. At some point, write an article about what I think AAA could learn from indies – but that journey’s just begun!